Britain on Saturday alleged that it had information that Moscow was “looking to install a pro-Russian leader in Kiev” as fears of a Russian invasion of Ukraine grow.

Tensions have soared in recent weeks as tens of thousands of Russian troops mass on Ukraine’s border, along with an arsenal of tanks, fighting vehicles, artillery and missiles.

London said it had seen evidence that several former Ukrainian politicians had maintained links with Russian intelligence services, and that former MP Yevgen Murayev was being considered as a potential leader.

Some of those in contact with Russian intelligence officers were “currently involved in the planning for an attack on Ukraine”, the Foreign Office said in a statement, though did not release details of the evidence. A U.S. official called the alleged plot “deeply concerning”.

Moscow dismissed the claims as “disinformation”, and urged London to “stop spreading nonsense.”

Mr. Murayev, the man named by London, lost his seat in the Ukrainian parliament when his party failed to win 5% of the vote in 2019 elections.

He is considered to be an owner of Ukrainian TV station Nash, which regulators have been seeking to shut down since last year, accusing it of airing pro-Russian propaganda.

UK LAWMAKER CLAIMS SHE WAS FIRED OVER HER MUSLIM FAITH

A former minister in Britain’s Conservative government says she was told her Muslim faith was a reason she was fired, a claim that has deepened the rifts roiling Prime Minister Boris Johnson’s governing party.

Former transport minister Nusrat Ghani told the Sunday Times that when she was demoted in 2020, a government whip said her “Muslimness” was “making colleagues uncomfortable”.

She said she was told there were concerns “that I wasn’t loyal to the party as I didn’t do enough to defend the party against Islamophobia allegations”.

“It was very clear to me that the whips and No 10 (Downing St) were holding me to a higher threshold of loyalty than others because of my background and faith,” Ghani said.

Chief whip Mark Spencer said he was the person Ghani was talking about, but strongly denied her allegation.

The first Taliban delegation to visit Europe since returning to power in Afghanistan began talks on Sunday in Oslo with Afghan civil society members focused on human rights, ahead of highly-anticipated meetings with Western officials.

Headed by Foreign Minister Amir Khan Muttaqi, the delegation is to dedicate the first day of their three-day visit to talks with women activists and journalists, among others.

The discussions, which are being facilitated by Norway and are to focus on human rights and the humanitarian crisis in Afghanistan, are taking place behind closed doors.

No country has yet recognised the Taliban government, and Norwegian Foreign Minister Anniken Huitfeldt stressed that the talks would “not represent a legitimisation or recognition of the Taliban”.

A handful of demonstrators protested outside the Norwegian foreign ministry on Saturday.

On Monday, the Taliban will meet with representatives of the United States, France, Britain, Germany, Italy and the European Union, while Tuesday will be dedicated to bilateral talks with Norwegian officials.

Taiwan lives under the constant threat of invasion by China, which sees the self-ruled, democratic island as part of its territory to eventually be reclaimed, by force if necessary.

The final quarter of 2021 saw a massive spike of incursions from China into Taiwan's air defence identification zone (ADIZ), with the biggest single day coming on October 4, when 56 Chinese warplanes entered the zone.

Taiwan's defence ministry said in a statement late Sunday it scrambled its own aircraft to broadcast warnings and deployed missiles to track 39 Chinese jets that entered the ADIZ.

BEIJING TO TEST 2 MN AHEAD OF OLYMPICS

China’s capital, Beijing, will test more than two million residents as it deals with a new cluster of COVID-19 cases just two weeks before it hosts the Winter Olympics, city officials said on Sunday.

Beijing’s Fengtai district, the centre of the latest outbreak, reported nine new cases on Sunday — a small number in most places but a break from normalcy in a city where a strict “zero-COVID” strategy has been in place — with the total number over the weekend nearing two dozen.

Xu Hejian, a spokesperson for the Beijing government, said all of Fengtai’s two million residents would be tested in coming days.

Under China’s “Zero-COVID” approach, the country still maintains tight restrictions on international travel, and carries out mass testing and quarantining of all close contacts in centralised facilities until cases are brought to zero. The approach has helped China avoid a major second wave and maintain normalcy at home for much of the past year, although it has come at the cost of continued international isolation.

Beijing is particularly on edge ahead of the Winter Olympics, which President Xi Jinping will open on February 4.

OMICRON CASES APPEAR TO PEAK IN US, BUT TOLL RISING

New coronavirus cases have started to fall in the US, signalling that the Omicron-fuelled spike that has infected tens of millions of Americans, packed hospitals and shattered records has finally begun to relent.

More and more states have passed a peak in new cases in recent days, as glimmers of progress have spread from a handful of eastern cities to much of the country. Through Friday, the US was averaging about 7,20,000 new cases a day, down from about 8,07,000 last week. New Covid hospital admissions have levelled off.

However, the threat has by no means passed. The US continues to identify far more infections a day than in any prior surge, and some states in the west and south and Great Plains are seeing increases. Many hospitals are full. And deaths continue to mount, with over 2,100 announced most days.

In New York, cases are falling sharply even as deaths continue to increase, with mo- re fatalities being announced each day than at any point since the first months of the pandemic. In Illinois and Maryland, hospitalisations and cases have started to decline. But cases continue to grow in North Dakota and in Alabama.

WHO: ‘EUROPE COULD BE HEADED FOR ENDGAME’

The Omicron variant has moved the COVID-19 pandemic into a new phase and could bring it to an end in Europe, the WHO Europe director said on Sunday.

“It’s plausible that the region is moving towards a kind of pandemic endgame,” Hans Kluge told AFP in an interview, adding that Omicron could infect 60% of Europeans by March.

Once the current surge of Omicron currently sweeping across Europe subsides, “there will be for quite some weeks and months a global immunity.”

“So we anticipate that there will be a period of quiet before COVID-19 may come back towards the end of the year, but not necessarily the pandemic coming back,” Mr. Kluge said.

“There is a lot of talk about endemic but endemic means ... that it is possible to predict what’s going to happen. This virus has surprised (us) more than once so we have to be very careful”, Mr. Kluge said.

spread of the Omicron variant, she said on Sunday. New Zealand will impose mask rules and limit gathering from midnight on Sunday after a cluster of nine Omicron cases showed community spread from the North to South islands after a wedding. Indoor hospitality settings such as bars and restaurants and events like weddings will be capped at 100 people. The limit is lowered to 25 people if venues are not using vaccine passes, Arden said. “My wedding will not be going ahead,” she told reporters. “I am no different to, dare I say it, thousands of other New Zealanders who have had much more devastating impacts felt by the pandemic...”

Peru declared an environmental emergency Saturday to battle an oil spill caused by freak waves from a volcanic eruption in the South Pacific.

The stunningly powerful eruption on last Saturday of an undersea volcano near Tonga unleashed tsunami waves around the Pacific and as far away as the United States.

In Peru, the oil spill near Lima has fouled beaches, killed birds and harmed the fishing and tourism industries.

With its 90-day decree, the government said it plans “sustainable management” of 21 beaches tarred by 6,000 barrels of oil that spilled from a tanker ship unloading at a refinery last Saturday.

One aim of the decree is to better organise the various agencies and teams working in the aftermath of the disaster, the Environment Ministry said.

The government is demanding payment of damages from the Spanish energy giant Repsol which owns the refinery.

UAE BANS USE OF DRONES FOR A MONTH AFTER ATTACKS

The United Arab Emirates has banned the use of drones for one month, days after Yemen’s Houthi rebels launched a deadly drone and missile attack on oil storage facilities in Abu Dhabi.

“The Ministry of Interior is currently stopping all flying operations for owners, practitioners and enthusiasts of drones, including drones and light sports aircraft,” the official WAM news agency reported late on Saturday.

Those who need to fly drones for work must ask the authorities for the “necessary exceptions and permits”, it added. 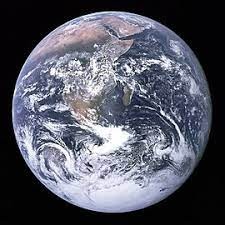 Automation and Offshoring are Changing the Logistics Industry

Video: Ships Lay On the Horn in Tribute to Stranded Mariners

View all your files.

View all users you're talking to.

Get your daily bonus.

See all your downloads.

8:03am
It's quite clean and it's inspired from Bulkit.

8:18am
And if you have a prototype, you can also send me the link to it.

10:34am
Hey Stella! Aren't we supposed to go the theatre after work?.

11:22am
Yeah you always do that, forget about everything.

3:24pm
Daniel, Amanda told me about your issue, how can I help?

3:42pm
Hey Jenna, thanks for answering so quickly. Iam stuck, i need a car.

3:43pm
Can i borrow your car for a quick ride to San Fransisco? Iam running behind and there' no train in sight.

12:34pm
Damn you! Why would you even implement this in the game?.

13:09pm
C'mon, you just gotta learn the tricks. You can't expect aliens to behave like humans. I mean that's how the mechanics are.

13:11pm
I checked the replay and for example, you always get supply blocked. That's not the right thing to do.

13:12pm
I know but i struggle when i have to decide what to make from larvas.

4:56pm
Iam coming to LA tomorrow. Interested in having lunch?

5:44pm
And yeah, don't forget to bring some of my favourite cheese cake.

11:53am
Elise, i forgot my folder at your place yesterday.

9:03pm
It was so frightening, i felt my heart was about to blow inside my chest.

2:01pm
Hello Jenna, did you read my proposal?

2:02pm
Hello Milly, Iam really sorry, Iam so busy recently, but i had the time to read it.

2:05pm
Actually it's quite good, there might be some small changes but overall it's great.

Add and paste a code snippet.

Add and paste a note.

Add a file from a remote drive.

Add a file from your computer.

Works at Frost Entertainment
From Chicago

Works at Social Media
From London

Works at Carrefour
From Melbourne

Works at Salesforce
From Seattle

Select a user to start a new conversation. You'll be able to add other users later.